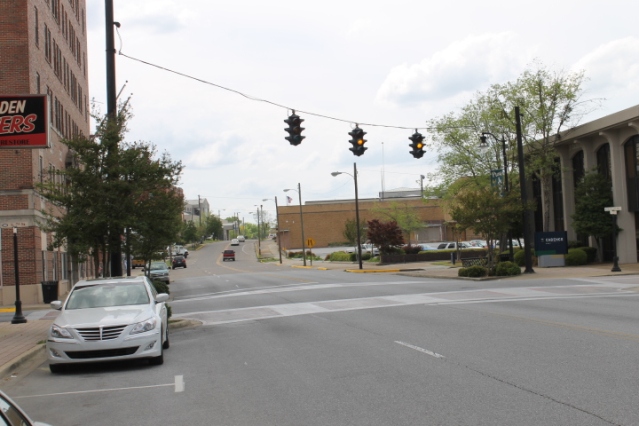 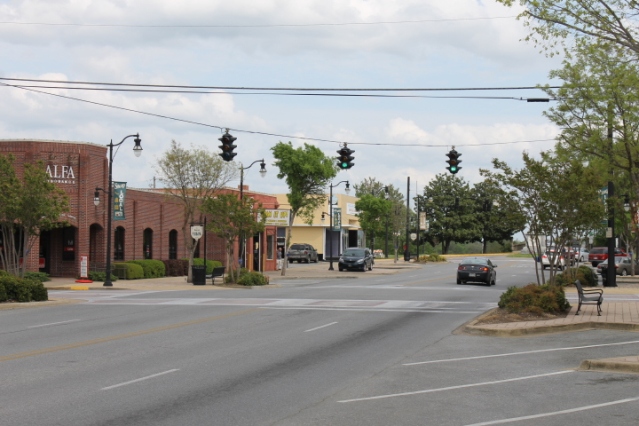 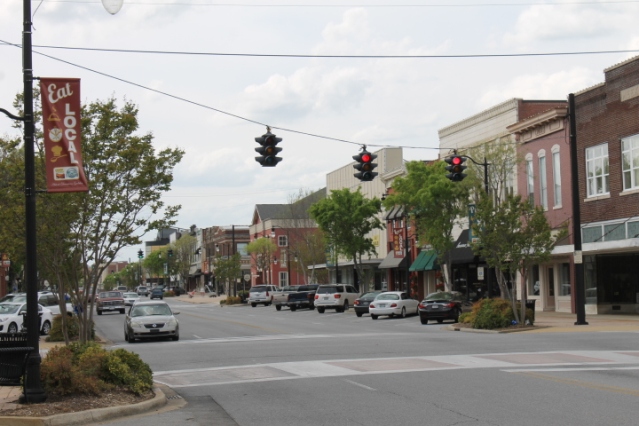 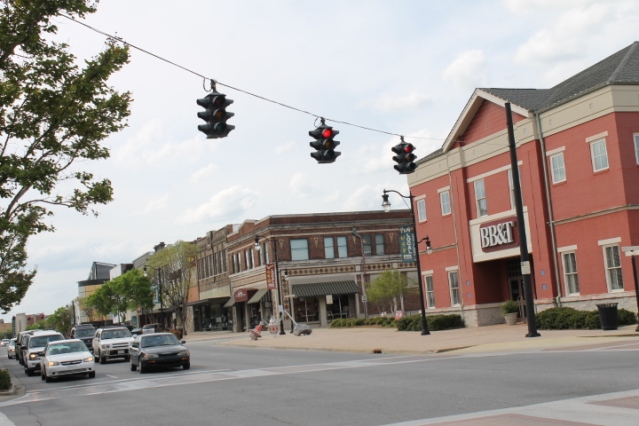 Sadly, one downtown traffic light along Broad St. does not have this three traffic light configuration.  At least it’s painted black! 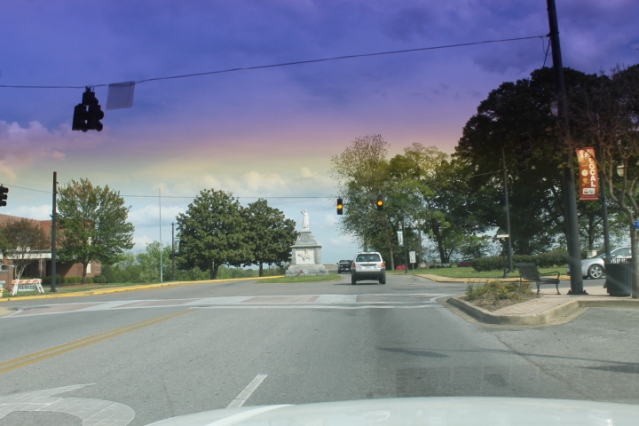