Back The Invader Zim House and Voot Lego Cuusoo Project 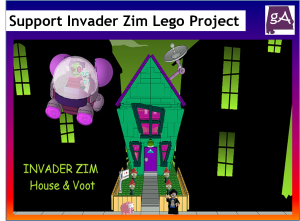 Remember Invader Zim on Nickelodeon?  Do you remember that cartoon, because it was not on the channel for very long.  But, for the time that it was on, it gained quite a few fans, especially those on the autism spectrum.  So, if you want to remember Invader Zim in Lego form, then you need to check out this Invader Zim House and Voot Lego Cuusoo project.

So, what will the Invader Zim Lego set include?  This set will include the following minifigures: 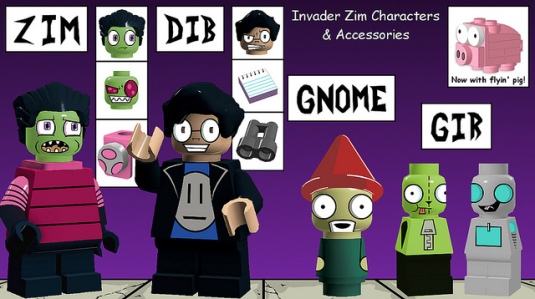 1 Zim minifigure with 2 heads (alien form head and human disguise head) and backpack (life support unit?). The legs that will be used are the mini legs, not the bendable hip joint ones since Zim is supposed to be the size of a child.

2 Gir micro minifigures (one in robot form and the other in dog disguise) and a big plate of waffles. “These ones got peanuts and soap in em!” – Accessory is inspired from the episode “Zim eats waffles”. Using micro minifigures for Gir will make him the perfect size compared to Zim.

1 Dib minifigure with binoculars and notepad. “”Time for some serious notes!” – Accessories inspired from the episode “Dib’s wonderful life of doom”. The legs that will be used are the mini legs, not the bendable hip joint ones since Dib is supposed to be the size of a child. 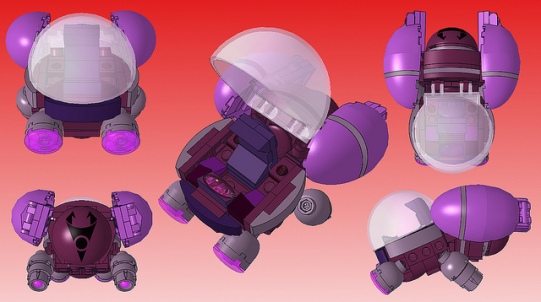 Voot Cruiser with enough space inside for Zim and Gir to stand. The engines are also rotatable and there is a printed Irken symbol on the back of the ship. The cockpit also has a computer console for manual control of the Voot. 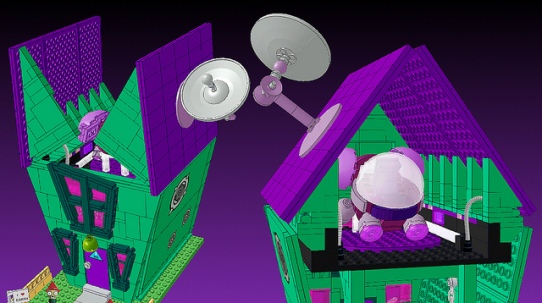 Zim’s house with opening roof to store Voot. The house also has opening sides for playability inside. They did a version with power absorbing pipes on the sides, but due to ease of playability with the opening sides, part count and aesthetics, they changed the design to include power absorbing pipe stickers (or printed pieces).  Voot roof storage compartment includes pipes, computer screens and a landing pad. There is also a clear docking station so the Voot appears to be floating and locks in place so you can play inside the house without it moving around.

They have been huge fans of the “Invader Zim” cartoon since it premiered in 2001 and this show is the inspiration for his username, buggyirk. Nickelodeon only produced 1.5 seasons worth of episodes, but it continues to have a loyal fan base that is thirsty for more. This Cuusoo project is a collaboration between his wife and himself.  Her username is jiminyc. She designed the minifigures. She also drew the characters, accessories, printed pieces, and stickers. He designed the Voot cruiser and built it with real pieces to test the sturdiness and playability, but he had to design the house in LEGO Digital Designer due to the lack of pieces in his collection.  He rebuilt these both in the software LeoCAD so he could do custom coloring in MLCad.  He had never used LeoCAD or MLCad before, so this took some time. 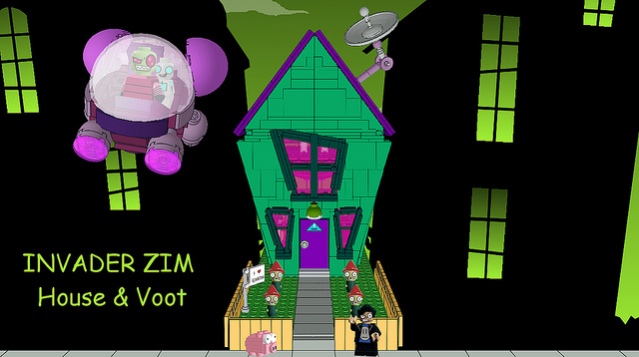 This set is about 930 pieces. This means that in its current state, it would be the biggest Cuusoo set LEGO has ever produced. However, if this is approved after the review phase, LEGO will build the final model and they may decide to reduce the part count or eliminate elements.  So, if you want to see the LEGO Invader Zim set made and produced, go and support them at: https://ideas.lego.com/projects/47322

Oh boy it sucks to work with these road counters when its pouring rain outside. I'm soaked!
I had to celebrate after being attacked by some Anniston city council people tonight. A Blizzard from @dairyqueen does the trick!
I'll be holding this sign tonight during the Anniston City Council meeting. The corruption and madness needs to end now!
Here comes the train again...
Candy is cheaper than therapy. I would 100% agree with this!
Minnie the dog is very happy I'm here! #dogsofinstagram
Here taking pictures at the Gadsden Kiwanis Pancake breakfast. Great crowd! Come on out!
Happy #valentinesday2020! Did you know I'm 33 years old and I have never dated? But I truly love something, my classic 4-way traffic light.
Wait, was gas here really under $2? It was, for like two days.
The famous curve on Noble Street that took everyone's internet out last week just saw another wreck. So, when will Anniston make this curve safer?
I'm at another doctor's office this morning and it could involve something big. More information coming soon.
Fun fact: while filming #TheEmployables they set up cameras on the hood of the car facing towards the driver. These scenes never made it into the show.
Happy #nationalpizzaday! Eating a pizza pocket and watching the #oscars as well.
My face when everyone around me got some snow and I didn't. This snowlover is very disappointed.
Can you see it? Its snowing!
Apparently everyone where I live has no internet. A drunk driver hit a pole. Tip for Sparklight, maybe have a back up route for internet service next time.
Yum. Good to have some @tacobell after staying up most of the night due to bad weather.
What in the world did I watch tonight? That was the most hateful, bigtory #SOTU speech ever. It was a cheap reality show. And giving Limbaugh the Medal of Freedom, shameful!
Fun times. Watching the Alabama's Governor State of the State, and then the State of the Union. Fun times. #SOTU
Meanwhile, Bagel the cat is in tip top shape for the #kittenbowl. #catsofinstagram
%d bloggers like this: