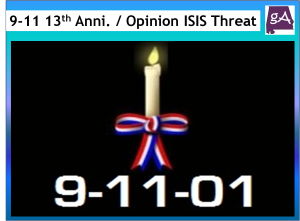 NOTE:  This post reflects on the 9/11 attacks, and talks about my opinions on the ISIS threat, this is one of the few times I get political on Geek Alabama, enjoy! 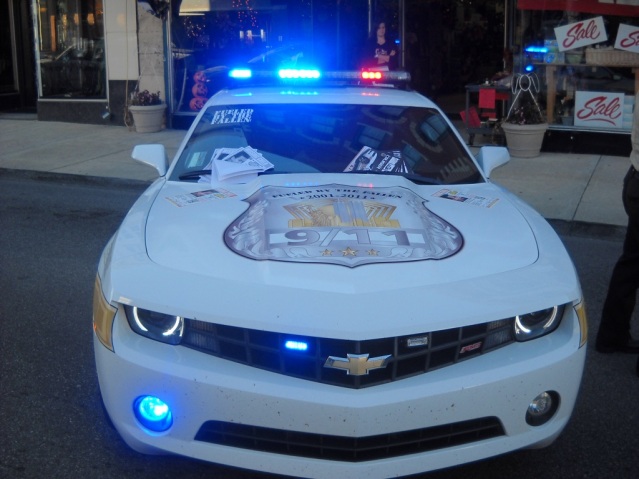 Here is a 9-11 picture video memorial from Chris Cheatwood, it’s good to reflect and remember.

Here is an article that I wrote which was published in a newspaper on how I witnessed the 9-11 attacks on TV.  This story is about our thoughts in witnessing the attacks on America.  Never forget 9-11-01!

Most of us Began to Cry

“I was in school at Marion Academy, and our teacher said there is a huge event going on that could start World War III. We went to the library, though none of us there could believe what was going on. We were asking the other students that were already there what happened, and they said a plane went into the tower. Most of us thought this could be an accident until we watched the plane go into the second tower. Then we all believed this was a terrorist attack.

Most of us gasped and a few began to cry because we knew America was being attacked. Some students were talking about what is going on when someone yelled that one of the towers was starting to lean. Then one of the towers collapsed. Some in the library screamed, some cried, and some were silent and in shock. We were all stunned. Everyone knew people were getting killed; most of us in the library thought more than 10,000 were killed.

How could this happen in America, what is in store in the future, could things get any worse? We were high school students then and we were thinking about what could happen next. When I got home, I went immediately back to a TV to continue watching the non-stop coverage. I was still stunned and shocked about what happened that day.

I kept my little brother from watching any news coverage; he watched kid’s shows for the rest of the day. I just kept watching the coverage and reading stories on the Internet until I went to bed that night. The next morning at school, the entire school had a prayer and a talk about what happened. That is one day I will always remember.” 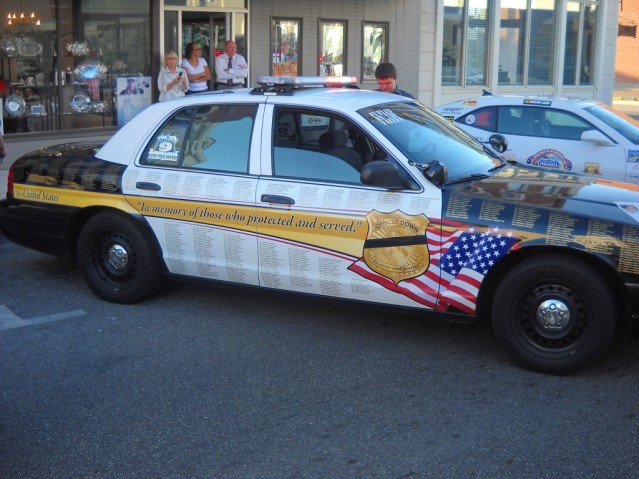 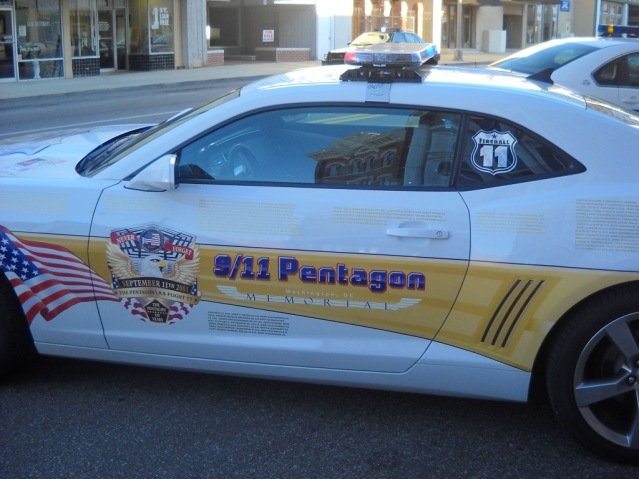 Now, while everyone is thinking about the 9/11 attacks, we have a new threat in the Middle East, ISIS.  ISIS or the Islamic State Group has already beheaded two American Journalists, and threaten people inside Iraq and Syria.  President Obama has already laid out a plan to deal with ISIS with air support and some troops going to train the forces in the Middle East and give them support.  In no way I support sending American troops overseas again and be put on the ground to do combat.  Somehow, some people think this will be the only way to stop ISIS, and I do not agree with that.

You see, where I live in the Anniston/Oxford area, many people are unemployed and the metro area has one of the worst economic problems in America, mostly thanks to military cutbacks.  If some lawmakers see this ISIS threat as a way to send troops overseas, risking their lives.  While military depots like the Anniston Army Depot can re-hire everyone laid off because they will have work to do repairing military vehicles and weapons, this is a no go!  Who wants to see families suffer when their loved one is killed overseas while people get to earn a paycheck maintaining and repairing military vehicles, I don’t!  Here is the proper way to repair the economic damage in the Anniston/Oxford metro area. 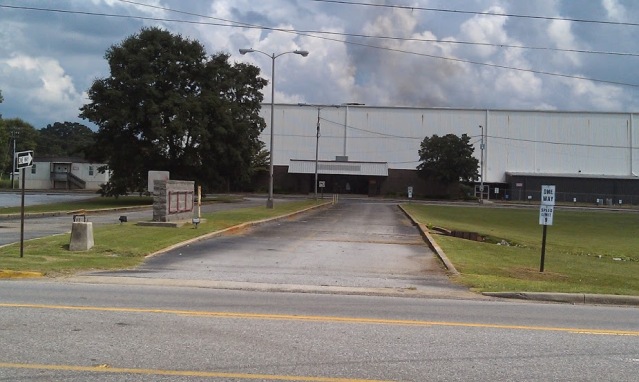 Yeah, my mother was laid off from a plant closing down here in Anniston who repaired military vehicles.  My mom has found another job, but some others laid off have not found anything and have had to move.  I just do not think going to war again is the best thing to revive the economy in the Anniston/Oxford metro.  Having men and women in our military killed while people repair military equipment for a paycheck is un-American in my opinion.  America needs to get off their military mentality.  Yes, we need to do airstrikes and send support to help the military forces in the Middle East.  But if we send combat troops, ISIS will find anyway possible to attack America, and we will have a repeat of 9/11, end of story.

Just me munching on popcorn and watching football on #nationalpopcornday
It's the redneck thing to do when a stop sign is down. Just twist tie it to another sign post.
Its not everyday a medical helicopter has to land in a parking lot.
A big lunchtime meal at Cookout is always good!
I guess some idiots out there have nothing to do better than spraypainting over stop signs.
We some unique one lane bridges around here.
There is one thing common about Alabama politicians. One, many of them are corrupt. And two, it seems like many of them end up in prison, like this Alabama politician here. Why write a book about it?
My new Power Smokeless Grill is doing an amazing job!
Oh oh, that school sign is turned in the wrong direction.
So will the NFL ever change their overtime rules or will they keep screwing the New Orleans Saints forever?
Here is something very unique about those using military time and the year 2020!
Here's my #2019topnine. A lot of favorites related to my #TheEmployables TV appearance and @geekalabama!
What is it with fast food joints and mac and cheese lately? Arby's brought it with their white cheddar mac and cheese. Very thick and creamy!
So, I thought the latest Star Wars was good. But come on, I want a movie where all the good guys die and the bad guys win. I was rooting for the bad guys in Star Wars.
Merry Christmas everybody!
Hey look, its a rare site. Walmart has closed for Christmas. And people are still driving up and a police officer is on a loudspeaker telling people its closed.
Does my new road sign look real nice where I park my car at?
Finally tried out Buffalo Wild Wings today. Their Asian Zing wings were great, and their cheeseburger was also good. I hope they come to Anniston/Oxford soon!
I just went inside the cave for Santa's Underground Workshop at Rickwood Caverns State Park, what a great experience!
I have now successfully completed mailing out all of my Christmas cards, glad I ordered more this year. Guess being on TV means more demand!
%d bloggers like this: