In 1968, Haleyville, a small northwest Alabama town unknown to most Americans, took the national stage, changing the course of emergency communications forever.

The first 911 phone call was made in Haleyville, thanks to the initiative of the local telephone company. Because of that momentous call, Americans today can quickly report emergencies using the universal three-digit number, and appropriate first-responders are dispatched within minutes.

“I think our town is unique because we’re the home of the first 911 call,” said Haleyville Mayor Ken Sunseri. “Our citizens are proud of that fact, and it’s something we treasure. Millions of lives have been saved in the last 47 years because of that call.” 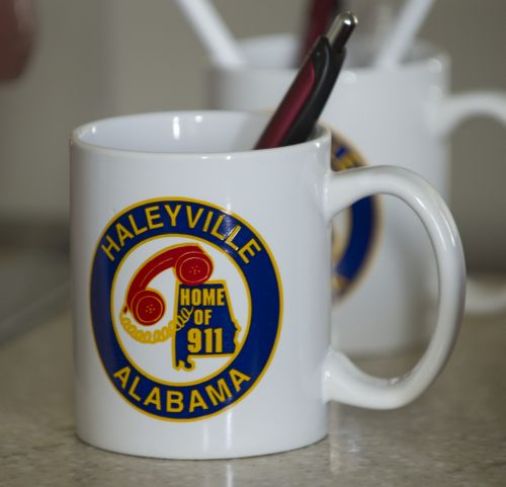 On June 5-6, Haleyville will celebrate its heritage, and honor local law enforcement, firefighters, rescue workers, dispatchers and other emergency personnel with its annual 911 Festival. This free event will feature music, arts and crafts, kids’ activities and food.

In the United States, the National Association of Fire Chiefs first recommended the creation of a universal emergency phone number in 1957. Before that time, anyone who needed the police, wanted to report a fire or had a medical emergency was forced to make a direct call to the local precinct, firehouse or hospital.

After 10 years of debating the issue nationally, the Federal Communications Commission and the American Telephone and Telegraph Co. (AT&T) met to find a solution. The result was that in January 1968, AT&T established 911 as the number that all Americans could use to summon help during emergencies.

That’s when Haleyville moved into the national spotlight. Bob Gallagher, president of Alabama Telephone Co. (ATC), was inspired by an article in The Wall Street Journal announcing AT&T’s designation of a new emergency number. Gallagher thought his small company should have a shot at launching the 911 system.

“Bob was a little offended because the independent telephone companies had not been included in the (FCC) decision,” said Sunseri. “He got with his inside plant manager, Robert Fitzgerald, and they evaluated the company’s 27 phone systems and chose Haleyville as the site where it made sense to make the first 911 call.”

Fitzgerald and his team worked after hours while handling their day job at the telephone company in Fayette to design the circuitry and install the system in less than a week.

At 2 p.m. on Feb. 16, 1968, Alabama Speaker of the House Rankin Fite made the first 911 call from the Haleyville mayor’s office to U.S. Rep. Tom Bevill in the Haleyville police station. Bevill answered the call on a bright red phone, which is on display in the lobby of Haleyville City Hall.

Fitzgerald was on hand at the ATC central office in Haleyville following the call as it passed through the system switchgear, according to the Emergency Services Office of E911 website.

“Rankin Fite and Tom Bevill were actually in different rooms of the same building because the police station and the mayor’s office were both in city hall, but they proved that the system would work,” said Vickie Dean, a member of the Haleyville Historical Society. “That call impacted the entire world, and it all started in our small town.”

Today, the 911 system in Winston County is headquartered in Double Springs. With operators on duty 24/7 year-round, the 911 office receives about 1,000 calls a month.

Many improvements have been made to the system since that first simple call, said Tim Webb, director of the Winston County E911 Communications District. When a request is made, the caller’s name, phone number and address instantly appear on the operator’s computer screen. If the request comes through a wireless cellular network, the system can pinpoint the caller’s location to within 150 feet.

Webb, who grew up in Winston County, said he’s proud of his region for the 911 contribution.

“The fact that Haleyville is known for placing the first 911 call is always a talking point at the national meetings and conferences I attend,” Webb said. “It’s a source of pride for me. My uncle, Ronald Webb, actually ran the cable for that first call from the telephone company to city hall. There were a lot of unsung heroes who were involved in making that system operational in a short time. They worked quite fast because they wanted to beat ‘Ma Bell.’”

Downtown Haleyville will be packed with thousands of visitors for its 911 Festival. There will be a parade, a classic car show, a 5K Fun Run and an antique tractor show. The music lineup will include country rock band Restless Heart, former “American Idol” contestant Jessica Meuse, local singer Winston Ramble and the group Waywhilago.

Launched about 15 years ago, the festival recognizes the first-responders who put their lives on the line for Haleyville’s citizens every day. It is sponsored by the Haleyville Chamber of Commerce and the city of Haleyville.

For more information and a schedule of events, visit Haleville Chamber of Commerce at:  www.haleyvillechamber.org

A legend in late-night comedy is coming to Birmingham Sunday to support another legend in the performing arts.

Jay Leno, host of NBC’s Tonight Show for over 20 years, will appear at the Alys Stephens Performing Arts Center June 7 for its 2015 Viva Health Starlight Gala.

The gala is the largest fundraiser of the year for the center, which is part of the University of Alabama at Birmingham. Proceeds will go toward education and outreach programs serving more than 17,000 people in the Birmingham area. Alabama Power contributes to the Alys Stephens Center.

“What I really like about the South is the diversity of the crowd,” Leno said. “You play Atlanta, Birmingham, they have a really good mix of families and older folks – it’s more diverse than you get in other places.”

“People listen in the South,” he added. “They have a wonderful lyrical way of speech. They always have a better word than the obvious word.”

A noted automobile enthusiast, Leno spoke about the current popularity of electric-powered cars.

“Electricity has always been the best way to power a car,” he said. “I’ve got a 1909 Baker electric car. It’s nothing new, it’s just that the battery technology is now catching up to it.”

Asked about the Tesla line of electric-powered vehicles, Leno said he is a fan. He drove a Tesla Model S on an episode of his show “Jay Leno’s Garage.”

When it comes to energy and the environment, Leno expressed hope for the future.

“I’m a fairly optimistic-type person,” he said. “I’m one of those people who believe engineers will change the world, fix the world.”

Hope for the future

Leno said conditions have improved in America over his lifetime.

“When I first moved to Los Angeles, 128 days a year were smog days. You couldn’t even exercise outdoors,” he said. “You go to China and you see where we were 50 years ago; everyone’s wearing gas masks and choking to death.”

Leno, whose garage is solar-powered, said he believes progress could go faster, but that it will not stop.

“The last horse is always better than the first car,” he said. “But it changes.”