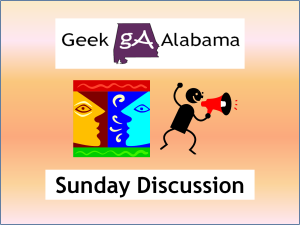 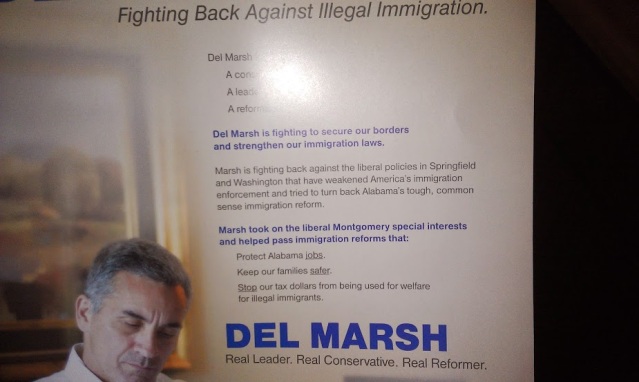 So, in honor of that typo, I am going to compare six political heavyweights in Anniston/Oxford and in Montgomery.  My comparisons will be with characters from The Simpsons, since Del Marsh used Springfield instead of what he meant to say on that flyer above.  To get things started, let’s compare Del Marsh to The Simpsons. 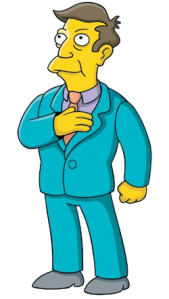 In The Simpsons, Principal Skinner runs Springfield Elementary School, or at least he tries too.  Whenever he tries something new or starts a new rule in the cartoon, it always fails and falls apart.  And yes, school funds being cut is a constant issue.  The same thing can be said about Del Marsh.  Currently, he is in the district with one of the worst economies in America, Anniston/Oxford.  Whatever he tries to do in Montgomery to turn around the Anniston/Oxford area, always backfires and fails.  And he has helped to cut millions from schools in Alabama.  Since he leads the Alabama Senate, I wonder how many things will fail for Alabama? 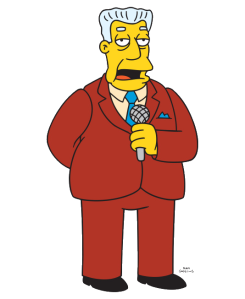 In The Simpsons, Kent Brockman is a TV reporter, and he tries to report the good news, but he often fills his newscasts with things you probably should not know about.  The same thing can be said about Mike Rogers.  As the House representative for Anniston/Oxford, he says a lot of things about what is broken in Washington and in Alabama, but he has barely done anything to help fix the problems.  Instead, he likes to take his time in the chamber talking about things that does not matter. 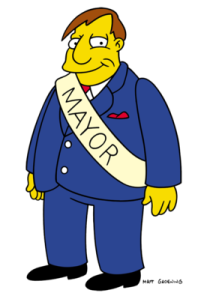 In The Simpsons, Joe Quimby is the mayor of Springfield.  While he is the mayor, you often see the character agreeing to backroom deals, and keep talking about good and new things coming to Springfield, when nothing is coming.  In Anniston, we keep hearing of new things like jobs coming to Anniston, but nothing has been accomplished.  Instead, more businesses are closing in Anniston, and more and more people are leaving the sinking ship.  Mayor Vaughn Stewart keeps saying good things are coming like eco-tourism, but do the people in Anniston believe him for real, or is this a cover up? 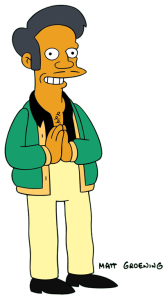 In The Simpsons, Apu runs the Kwik-E-Mart, for the last 25 seasons!  Plus, Apu runs what is the lowest paying place in all of Springfield.  The same thing can be said about Oxford.  Mayor Leon Smith has been the mayor since 1984 and is in his 7th term, I did not make that up!  Yes, Oxford has gotten some new businesses to move in, but most of them are low-paying restaurant and retail jobs, jobs that will not sustain a city and metro area.  Sadly, Oxford has lost a lot of jobs as well.  Is it finally time for a new leader to run the city, yes! 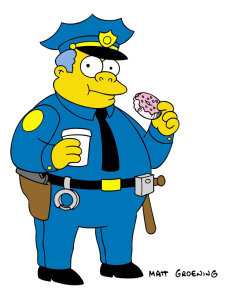 In the cartoon, Clancy Wiggum is the chief of police in Springfield, which you can say is one of the most corrupt police departments you will ever find!  From backroom deals, no investigations, false arrests, and more, this police department is the laughing stock of Springfield.  In Alabama, Luther Strange is the Attorney General, who is doing some questionable things like trying to shut down casinos run by the Poarch Creek Indians, and ignoring legislators breaking the law.  Yep, the Alabama Attorney General office should be spending more time helping to make Alabama better instead of a laughing stock! 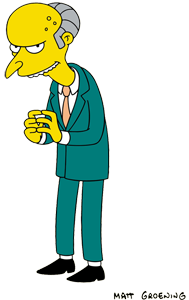 You should have seen this coming!  In The Simpsons, Montgomery Burns is a very wealthy man.  He goes around in style, pays his employees little and treats them poorly, and only has one gentlemen as his assistant.  In the governor office, Governor Bentley is not making a salary, but that is not stopping him from spending state money traveling in style on helicopters and planes, and having state funds spent protecting him.  As you see in the cartoon, it’s time to release the hounds!

So there you have it!  Did I nail these Alabama political figures to their Simpsons counterparts?  And what other Alabama government leaders should be compared to a Simpsons character?  Let us know in the comments below!