Some Praise For Some Alabama Barbecue 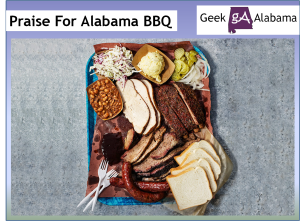 If there is one food everyone in Alabama associates with, it’s barbecue!  Now, a Birmingham Metro BBQ restaurant has been named as one of the top ten BBQ restaurants in America!  Full Moon BBQ has been named as a Top 10 barbecue restaurant across the U.S. by the Huffington Post and Gayot.com. Full Moon was recognized for their “zingy sauce and crunchy, peppery chow-chow (pickled relish)… that sets this barbecue haven apart from the others.”

“We love our chow-chow!” states David Maluff, Owner of Full Moon Bar-B-Que.  “Being recognized by the Huffington Post is an honor and we welcome anyone across the US to come to Alabama to try our special sauce,” states Joe Maluff, Owner of Full Moon Bar-B-Que.  Full Moon BBQ has a long, delicious history of great Southern-style ‘que made in the time-honored, traditional way, with quality meats cooked low and slow over a hickory wood-fired pit and spiced with a mouthwatering, award-winning bar-b-que sauce.

The Maluff brothers, David and Joe, bought the original restaurant in 1996, and they have since grown the business while continuing a family-owned tradition that caters to folks who know great ‘que from the rest.  The wood smoke from every Full Moon restaurant’s fire pit shows the Birmingham-born brothers’ commitment to top-notch bar-b-que.  At the same time, they satisfy a variety of tastes with fresh salads, hand-breaded chicken tenders, farm-raised catfish, Buffalo-style wings and overstuffed baked potatoes.

Almost everything at Full Moon is homemade, from the famous Full Moon chow-chow to the baked-fresh-each-day Half Moon cookies.  And it’s all served with a smile and a healthy helping of true Southern hospitality, whether you eat in, get it to go or have your meal catered with our portable bar-b-que pits, which are guaranteed to make your next gathering as entertaining as it is enticing.

To see a complete list of the Top 10 barbecue restaurants in the U.S, go to: http://www.huffingtonpost.com/gayot/best-barbecue-restaurants_b_3589080.html. 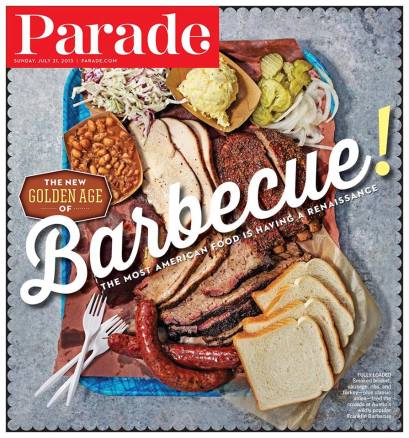 Since I am still talking about barbecue, on Wednesday July 24th at 8/7 central, the Travel Channel will profile Big Bob Gibson’s Bar-B-Q in Decatur and Bob Sykes Bar-B-Q in Bessemer on their show “BBQ Crawl.”  The show will follow host, barbecue competitor Danielle Dimovski, as she goes on a road trip and eats and competes her way through the American South.  The episode will also show Dimovski competing in the Decatur Jaycees Riverfest.  Tune in!

Its time for a big ole press conference with lots of media here. Hopefully this Anniston Corornavirus situation is put away for good today.
After the weekend I had, dinner at Five Guys was well deserved.
Another video update after the Calhoun County Commission meeting about the Anniston Coronavirus situation. It looks like this issue is dead folks!
Went to the Oxford City Council Meeting, and it was over in 30 seconds.
I'm here for a special called Sunday afternoon meeting of the Calhoun County Commission over the coronavirus situation.
My thoughts about the special called Anniston City Council meeting related to the coronavirus situation.
I'm here for a special called Sunday morning meeting of the Anniston City Council related to the coronavirus situation.
I was on the ABC 33/40 news at 10 pm. Here's my soundbite.
I'm here at the Anniston City Hall for a press conference related to housing people with coronavirus in the Fort McClellan area of Anniston.
The aftermath of that major water leak in Anniston last night.
Minnie wants to wish you a happy #loveyourpetday! #dogsofinstagram
Oh boy it sucks to work with these road counters when its pouring rain outside. I'm soaked!
I had to celebrate after being attacked by some Anniston city council people tonight. A Blizzard from @dairyqueen does the trick!
I'll be holding this sign tonight during the Anniston City Council meeting. The corruption and madness needs to end now!
Here comes the train again...
Candy is cheaper than therapy. I would 100% agree with this!
Minnie the dog is very happy I'm here! #dogsofinstagram
Here taking pictures at the Gadsden Kiwanis Pancake breakfast. Great crowd! Come on out!
Happy #valentinesday2020! Did you know I'm 33 years old and I have never dated? But I truly love something, my classic 4-way traffic light.
Wait, was gas here really under $2? It was, for like two days.
%d bloggers like this: