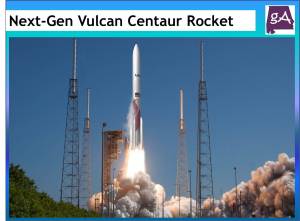 Inside the United Launch Alliance’s sprawling rocket factory in Morgan County, preparations are being made to get America’s next-generation launch vehicle – the Vulcan Centaur – ready for flight and positioned for critical missions.

In May, the Vulcan Centaur system passed Critical Design Review, giving the program the green light to move forward on the path to production and an initial launch targeted for 2021.

Tory Bruno, ULA’s president and CEO, called it “a tremendous accomplishment for the ULA team” and a “significant milestone” in the development of a rocket designed to advance U.S. superiority in space.

“ULA’s Atlas and Delta rockets have served as the backbone for American space launch for decades, and our next-generation rocket will advance this rich heritage,” Bruno added.

ULA’s 1.6 million-square-foot Alabama facility, the production site for Atlas V and Delta II and IV rockets, is getting an intensive makeover for the new launch vehicle.

Colorado-based ULA has invested heavily in significant upgrades and additions of tooling and manufacturing equipment at the Decatur facility in preparation for production of the Vulcan Centaur.

As part of this project, giant, highly automated welding machines that will produce stronger welds and lighter structures are being installed in what is the largest rocket factory in the Western Hemisphere.

“We are taking this opportunity to completely modernize our manufacturing technology in Decatur,” Bruno said at the Space Symposium in Colorado Springs, Colorado, in April.

Already, ULA says qualification components for structural testing, as well as flight hardware, are being produced in the plant, leading up to full production of the vehicle and the initial test flights. 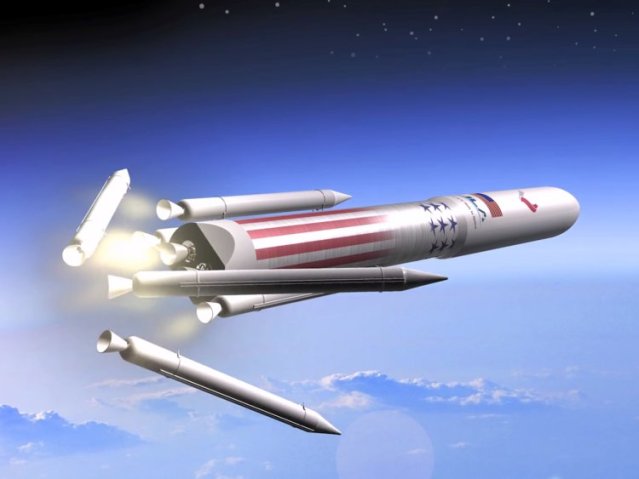 In fact, Vulcan Centaur’s production is deeply rooted in Alabama.

At the Decatur facility, skilled technicians will mill aluminum panels that make up the rocket’s fuel tanks with orthogrid structures. Orthogrid is a cubic grid, and will simplify the manufacturing process and save cost, before the panels are bent and welded into tanks.

In addition, the 5.4-meter payload fairing used to protect the spacecraft during launch, and up to four other different types of composite structure, will be built by RUAG USA, which announced plans in 2015 to move payload fairing manufacturing for the Atlas V and Vulcan rockets from Switzerland to the ULA facility in Decatur.

Working together, ULA and RUAG have upgraded the payload fairing design and manufacturing technology. It is now an out-of-autoclave structure built as monolithic halves with much higher performance, faster manufacturing spans and lower costs.

Also on ULA’s Decatur campus, Huntsville-based Dynetics has built a 100-foot structural test facility that will be used to evaluate the new launch vehicle’s booster. The company will be conducting the structural test for the Vulcan Centaur Program.

Vulcan’s first stage will be powered by two BE-4 engines that are fueled by liquid methane and liquid oxygen. The two engines will produce 1.1 million pounds of thrust at liftoff, significantly more than the workhorse Atlas V rocket.

To accelerate the program’s momentum, ULA is already testing some of the Vulcan Centaur’s hardware and technology.

ULA says a high percentage of the new rocket will have flown before on an Atlas launch vehicle, including the fairing, the upper-stage engines in a dual configuration, avionics, software and the solid rocket motors.

“The Vulcan program is a high priority for United Launch Alliance,” Peller said. “The Department of Defenseis in the process of selecting new vehicles to be entrusted with the nation’s most critical national security missions.

“As the Atlas V and Delta IV programs are retired, Vulcan will be capable of delivering more performance, at a lower cost, more efficiently, while retaining the reliability of Atlas and Delta.”

Jeremy Nails, president and CEO of the Morgan County Economic Development Association, said ULA’s rocket factory is a source of pride for the Decatur community.

“ULA’s facility in Decatur continues to play a major role in the future of the company and space exploration. Their experience in delivering critical missions will certainly lead them toward a thriving future,” Nails said.

“The impact on Decatur, Morgan County, is evident in the millions of capital ULA invests here and the highly skilled professionals they employ, but it is immeasurable to have the world’s leader in successful rocket launches building their vehicles in your community.”

This story originally appeared on the Alabama Department of Commerce’s Made in Alabama website.