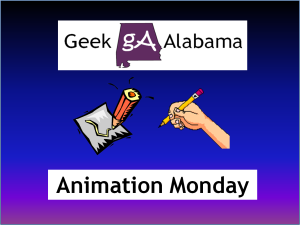 I think we are in a wonderful time in the world of animation and cartoons!  Remember the time when cartoons were so hot back in the 1990’s?  Today, many cartoons not only attract kids but they also attract adults as well!  The writing, storytelling, characters, and animation is what’s making cartoons hot today!  So here is Geek Alabama’s list of the top five kid cartoons who attract adults!  These cartoons are fun for the entire family! 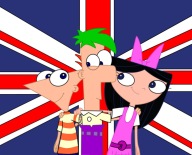 Now in its fourth season, Phineas and Ferb is still doing very well in the ratings.  Phineas and Ferb follows the Flynn-Fletcher family during Summer vacation.  Phineas and Ferb with their friends builds crazy inventions to pass the boredom.  Teenager Candace tries to bust her brothers while leading her own teen life with her friends.  And Perry the Platypus is a secret agent who fights Dr. Doofenshmirtz.  This show is very creative with plenty of geeky topics and humor.  The music is awesome and the show is never talking down to its audience!

Have you subscribed to the Doof Daily YouTube channel?  You should!

Adventure Time is a very popular animated cartoon on Cartoon Network.  Now in its fifth season, Adventure Time follows Finn the Human, a 14-year-old boy, and his best friend Jake, a dog with magical powers to change shape and grow and shrink at will.  The pair lives in the Magical Land of Ooo.  The land is all post-apocalyptic after the Great Mushroom War destroyed and polluted all the land.  Some of the settings includes the Candy Kingdom, Fire Kingdom, Lumpy Space, the Ice Kingdom, and more!  The humor has its occasional zany weirdness, and it can be very cute, but it can also be creepy, clever, and emotional.  You could say Adventure Time brings back memories of childhood with nostalgia!  That’s why Adventure Time is popular!

Need to know what Adventure Time is all about, check out this video.

My Little Pony: Friendship Is Magic 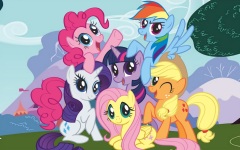 Yep, a list like this could not be done without talking about My Little Pony: Friendship Is Magic.  Bronies, or adult men and women who are fans of My Little Pony, have taken this show by storm!  If somehow you have lived under a rock.  My Little Pony: Friendship Is Magic focuses on Twilight Sparkle, who is sent to Ponyville to learn the magic of friendship.  Twilight make friends with five other ponies and for the last three seasons we have seen plenty of action from this show!  The main reason this show is so popular is because of the characters, writing, animation, and because Twilight is a geeky nerd like the people who read Geek Alabama!  At the end of the third season, Twilight became a alicorn princess and the fourth season will be a blast!

Need to know what My Little Pony: Friendship Is Magic is all about, check out this video!

Gravity Falls is only in its first season.  But this show has already grown to have a big adult following.  The show follows Mabel and Dipper Pines as they have to go to their Uncle Stan’s in Gravity Falls, OR for the Summer.  Uncle Stan operates a tourist trap store called the Mystery Shack.  The town has a very interesting reputation for things supernatural.  So far in the show, we have seen trolls, wax statues coming to life, ghosts, time traveling, mermans, monsters, and other crazy things.  I find Gravity Falls quirky, endearing, strange, and clever!  If you have not watched Gravity Falls yet, you need to watch a few episodes!

Here is a clip from the show!

The Legend of Korra

My final pick on this list goes to The Legend of Korra on Nickelodeon.  This cartoon is a spinoff from Avatar: The Last Airbender but it stays in the Avatar world.  The series follows teenager Korra who comes to Republic City to train with her Avatar powers.  Along the way, she makes new friends and saves the city and the world from evil.  Other than the normal teenager stuff you see like love crushes and attitudes.  You see amazing fight scenes, a dramatic story, hilarious humor, and great characters you can love and love to hate.  If Nickelodeon would make more shows like this, they would not be having ratings problems right now!

Here is a clip from the show, I wonder when Nickelodeon will premiere Book 2?  It’s almost been a year since the season finale of Book 1!

Im here at the Anniston ward 4 de-annex community meeting and its packed. This is going to be fun.
The latest Amtrak train moving again after having to wait for another train to pass through.
Here's my contribution to the #dollypartonchallenge
Oops, someone ran over that US highway sign.
A Norfolk Southern train going onto the siding track.
Just me munching on popcorn and watching football on #nationalpopcornday
It's the redneck thing to do when a stop sign is down. Just twist tie it to another sign post.
Its not everyday a medical helicopter has to land in a parking lot.
A big lunchtime meal at Cookout is always good!
I guess some idiots out there have nothing to do better than spraypainting over stop signs.
We some unique one lane bridges around here.
There is one thing common about Alabama politicians. One, many of them are corrupt. And two, it seems like many of them end up in prison, like this Alabama politician here. Why write a book about it?
My new Power Smokeless Grill is doing an amazing job!
Oh oh, that school sign is turned in the wrong direction.
So will the NFL ever change their overtime rules or will they keep screwing the New Orleans Saints forever?
Here is something very unique about those using military time and the year 2020!
Here's my #2019topnine. A lot of favorites related to my #TheEmployables TV appearance and @geekalabama!
What is it with fast food joints and mac and cheese lately? Arby's brought it with their white cheddar mac and cheese. Very thick and creamy!
So, I thought the latest Star Wars was good. But come on, I want a movie where all the good guys die and the bad guys win. I was rooting for the bad guys in Star Wars.
Merry Christmas everybody!
%d bloggers like this: