Then in 1964, the Christmas cartoon special Rudolph The Red Nosed Reindeer first aired on NBC.  If you have seen the special, you know the cartoon is all stop motion, which I think is the best way to make a Christmas special!  Rankin-Bass Productions made the special, and they used flexible dolls and adjusted them in tiny increments while shooting them frame by frame.  Most of the dolls have not survived since the Christmas cartoon special was made.  But, Santa and Rudolph survived and was appraised on Antiques Roadshow in 2006.  Here is that video below and don’t worry, because these two were restored to mint condition after this episode aired on PBS.

Since 1972, the special has aired on CBS.  And the classic Christmas cartoon got digitally remastered and aired in high definition beginning in 2005.  The Christmas cartoon was made and produced in Japan, yes Japan.  And all of the voicing work was done in Canada by Canadian actors who did work on radio dramas.  It has been telecast every year since 1964, making it the longest running Christmas TV special in history, and one of only five 1960’s Christmas specials still being telecast. 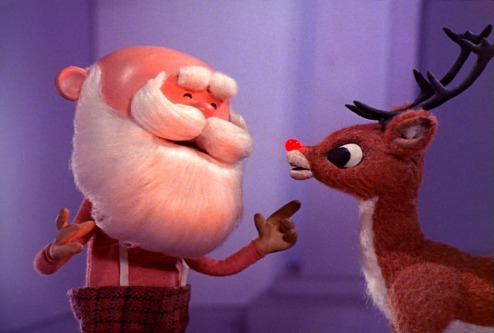 So, what makes this Christmas cartoon special?  Well, for starters it tells the story of how Rudolph became Santa’s lead reindeer on his sleigh.  I also like the special because it deals with things who are being rejected, like Rudolph’s blinking red nose, and the Island of Misfit Toys.  I like how the special ends, from the misfit toys being accepted, to Rudolph getting accepted, because his nose saved Christmas for all the boys and girls.  Yes, you can tell some of the misfit toys are depressed, because of being rejected.  But, the special teaches everyone that even people today being rejected have talents, and they need to be shown off and discovered.

Its time for a big ole press conference with lots of media here. Hopefully this Anniston Corornavirus situation is put away for good today.
After the weekend I had, dinner at Five Guys was well deserved.
Another video update after the Calhoun County Commission meeting about the Anniston Coronavirus situation. It looks like this issue is dead folks!
Went to the Oxford City Council Meeting, and it was over in 30 seconds.
I'm here for a special called Sunday afternoon meeting of the Calhoun County Commission over the coronavirus situation.
My thoughts about the special called Anniston City Council meeting related to the coronavirus situation.
I'm here for a special called Sunday morning meeting of the Anniston City Council related to the coronavirus situation.
I was on the ABC 33/40 news at 10 pm. Here's my soundbite.
I'm here at the Anniston City Hall for a press conference related to housing people with coronavirus in the Fort McClellan area of Anniston.
The aftermath of that major water leak in Anniston last night.
Minnie wants to wish you a happy #loveyourpetday! #dogsofinstagram
Oh boy it sucks to work with these road counters when its pouring rain outside. I'm soaked!
I had to celebrate after being attacked by some Anniston city council people tonight. A Blizzard from @dairyqueen does the trick!
I'll be holding this sign tonight during the Anniston City Council meeting. The corruption and madness needs to end now!
Here comes the train again...
Candy is cheaper than therapy. I would 100% agree with this!
Minnie the dog is very happy I'm here! #dogsofinstagram
Here taking pictures at the Gadsden Kiwanis Pancake breakfast. Great crowd! Come on out!
Happy #valentinesday2020! Did you know I'm 33 years old and I have never dated? But I truly love something, my classic 4-way traffic light.
Wait, was gas here really under $2? It was, for like two days.
%d bloggers like this: